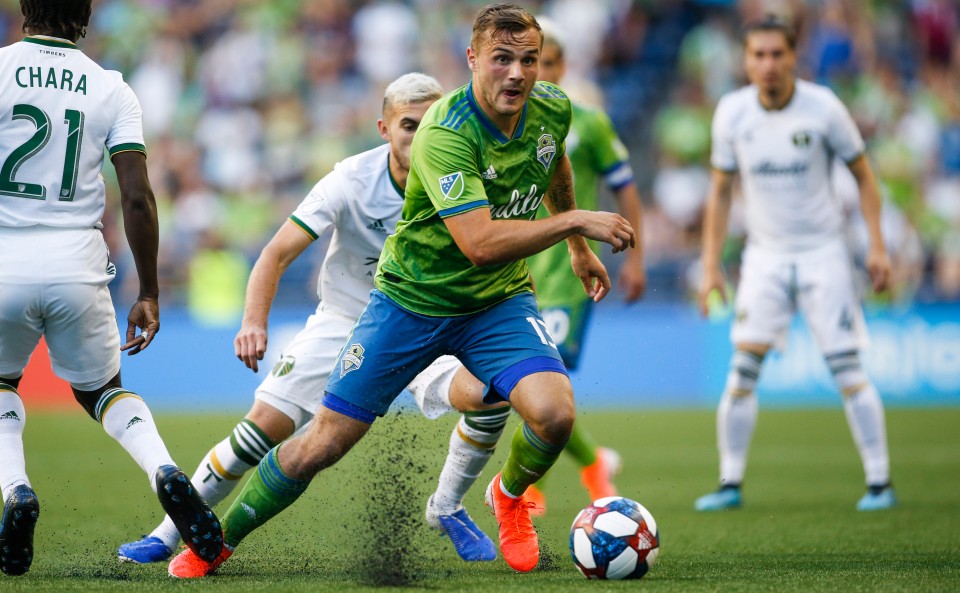 With their full complement of players back after the international break, the Seattle Sounders look to regain their footing in the hotly contested Western Conference as they host the New York Red Bulls on Sunday.

The Sounders (13-7-9) are third in the West on 46 points, trailing Real Salt Lake on the wins tiebreaker, but second through eighth are separated by just four points as someone among Seattle, RSL, Minnesota, San Jose, Portland, FC Dallas, and the Los Angeles Galaxy will miss the postseason.

Brian Schemtzer’s short-handed team was not able to help itself on Sept. 7, losing 2-0 at Colorado as a host of first-choice players were unavailable due to international duty. The Sounders boss dressed only 16 players, and even against a side with no playoff ambitions in the Rapids, the talent discrepancy was apparent as the Sounders were outshot 24-5 and put only two on frame.

If there is a silver lining to the loss, it is that almost all of Seattle’s players who represented their country returned after making positive contributions. Jordan Morris scored the equalizer for the U.S. in a 1-1 draw versus Uruguay, while compatriot Cristian Roldan had arguably his best performance for the squad among his recent recalls.

Striker Raul Ruidiaz started both of Peru’s friendlies against Ecuador and Brazil, contributing to a 1-0 win in the latter that ended the Selecao’s 17-match unbeaten streak. Center back Xavier Arreaga logged the full 180 minutes in helping Ecuador post clean-sheet victories over Peru and Bolivia.

“Jordan has worked hard because of what his situation was the previous year with the injury. It’s nice to have him in a good place, scoring goals,” Schmetzer said of Morris, who has found a comfort zone on the wing after coming up as a central striker. “He has been very effective for us. He’s the one who takes on the extra training. It’s all him.”

The Red Bulls (12-5-12) have had two weeks to stew on back-to-back losses that made their playoff position more precarious. New York enters the weekend sixth in the East on 41 points but only four better than eighth-place Montreal. Chris Armas’ side, though, does have a match in hand on the Impact and closes the season in Montreal in what could be a winner-take-all scenario.

This contest is the first of two road matches in four days as the Red Bulls will stay in the Pacific Northwest and face Portland on Wednesday night. Based on their play in a 2-0 home loss to Colorado on Aug. 31, the change of scenery could do the Red Bulls some good.

“There has to be some sort of grace when it comes to his development as a coach at this level,” keeper and talisman Luis Robles said in defense of his coach Chris Armas after the loss to ProSoccer USA. “And I see him grow, I see him continue to learn. And that’s the area where I’m going to give him the biggest benefit of the doubt is, I come to work every single day and I see what he puts into it. And I see just how committed he is to the cause and how he’s looking to make this team better. He’s spending countless hours each week working like a madman.”

Without a go-to goal-scorer, the Red Bulls have gotten contributes from almost every outfield player. Seventeen players have at least one goal, one shy of the MLS record set by D.C. United in 2016.

The Red Bulls ran out 2-1 winners last year, getting goals from Daniel Royer and Bradley Wright-Phillips on either side of halftime before Harry Shipp pulled one back for the Sounders. Seattle is unbeaten in its last four at home (3-1-0) versus New York and 4-1-1 all-time in matchups in the Pacific Northwest.