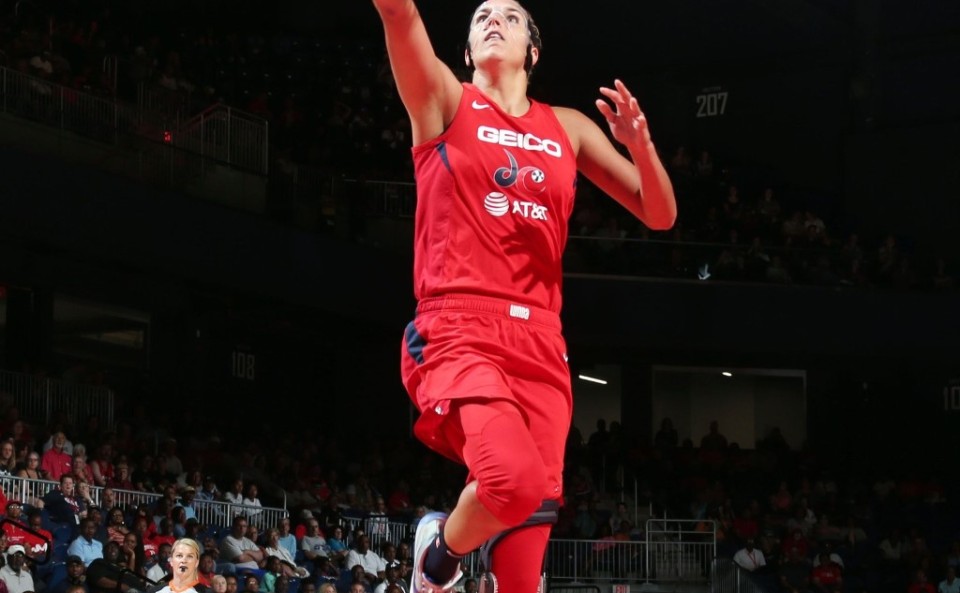 Elena Delle Donne looks to stay unbeaten against her former team and keep the Washington Mystics ahead in the race for the No. 1 seed in the WNBA playoffs Friday night when they face a Chicago Sky team in need of a victory to bolster their chances for a first-round bye.

Delle Donne forced a trade out of Chicago before the 2017 season to be closer to her family in Delaware. The 2015 MVP and six-time All-Star has since made life miserable for the Sky playing for the Mystics (20-9), averaging 19.4 points and 7.1 rebounds in winning all eight games between the teams.

In the most recent matchup, she scored eight of her 22 points in a game-breaking 14-4 spurt in the third quarter to power Washington to an 81-74 road victory and also pulled down seven rebounds. Delle Donne has averaged 21.0 points in the four victories in Chicago, highlighted by a 30-point, 10-rebound effort in 2018.

Washington is riding a six-game winning streak into this contest, leading Connecticut by one game in the race for the No. 1 seed – which carries a bye into the semifinals. The Mystics already lost the head-to-head tiebreaker to the Sun, dropping two of three in the season series.

Delle Donne and the Mystics have been idle since dismantling the Fever 107-68 on Sunday, setting a WNBA record with 18 3-pointers. Delle Donne hit three of those 3s and totaled 25 points as Washington set a season high in points by a WNBA team while racking up 30 assists against a season-low six turnovers.

“Like I said at the beginning of the season, we’re a versatile team from top to bottom,” guard Ariel Atkins told The Washington Post after hitting four 3-pointers and scoring 14 points. “There’s not one thing that anybody can’t do. … We’re just balanced. It’s extremely fun to play on a team like that. Got to find a way to guard us.”

The Sky, though, also have a high-caliber offense that trails only the Mystics in scoring at 82.6 points per game and is second in 3s at 7.6 per contest. Chicago (16-11) is one-half game behind Los Angeles for the No. 4 seed, which offers a bye into the second round of the postseason.

James Wade’s team is looking for back-to-back wins for the first time in two weeks after rallying past the Dream 87-83 on the road Tuesday night. Diamond DeShields had 17 points and Courtney Vandersloot added 14 and 10 assists for the Sky, who erased an eight-point halftime deficit as Astou Ndour and Allie Quigley each scored five points during a 17-6 run to start the second half.

“We just kind of had to focus on us,” DeShields said. “We knew this was a game that we needed. Despite rankings and records, winning this game and it was one that we needed. We have some tough games coming up. To position ourselves better for the playoffs, we knew this was one that we couldn’t let slip. We just went out there and tried to pull ourselves back together, and we were able to get the win.”

Vandersloot, who had four of her assists in that spurt, continues to lead the WNBA in assists by a large margin. Tuesday night’s win marked her fifth double-double in points and assists and her third in five games. Vandersloot is averaging 8.9 assists and on pace to better her single-season record of 258 set last year.