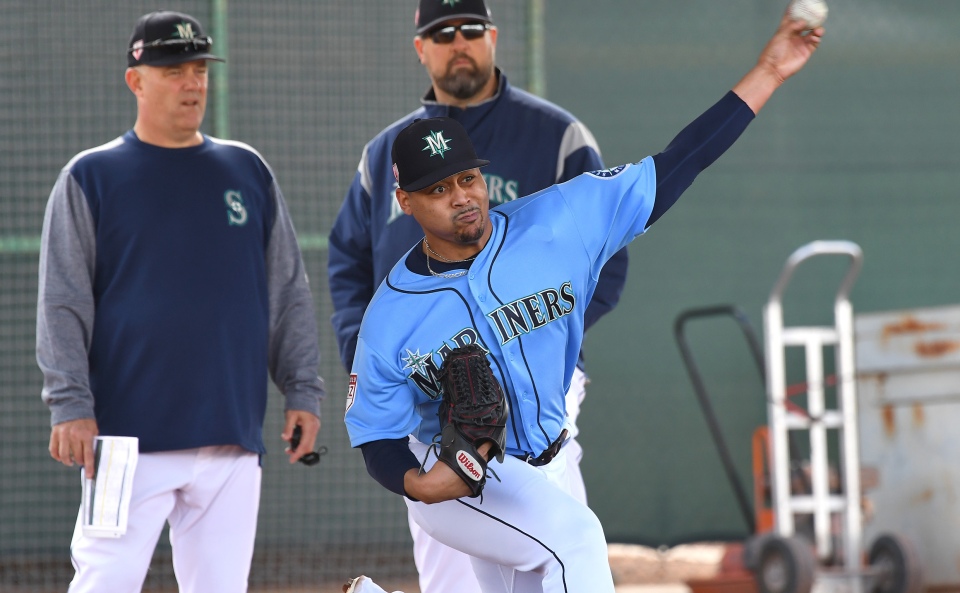 The Seattle Mariners have begun the process of looking ahead to 2020 and will give rookie Justus Sheffield his first major league start Friday night when they begin a three-game series versus the Toronto Blue Jays.

Thornton gets second crack at M’s in six days

While the Mariners are getting their first glimpses of Sheffield, the Blue Jays have let Trent Thornton (4-8, 5.30 ERA) settle into his rotation spot all season.

Trent Thornton hasn’t had much middle ground this season.

On Saturday, thanks to an in-game adjustment, he was able to push through six innings and find just that. ⬇️https://t.co/TKs9VrM3Aq

Thornton did not get a decision at home versus the Mariners on Friday after giving up three runs and five hits in six innings of Toronto’s 4-3 defeat, but it did mark the third time he has recorded quality starts in back-to-back appearances.

“It was more of a mechanical adjustment with my arm just not being on time,” Thornton told the Blue Jays’ official website after walking four. “I talked to [pitching coach] Pete [Walker] in the tunnel and kind of got things squared away. Once I was able to make that adjustment, everything felt a lot better from about the fourth inning on.”

The right-hander has been slightly better on the road than at home, splitting six decisions with a 4.96 ERA in 14 starts outside Toronto. Thornton has done some of his best work in AL West ball parks, throwing 13 2-3 shutout innings in starts at Texas and Houston, winning the latter.

The 25-year-old is 1-0 with a 1.46 ERA in four overall starts against AL West teams, with the Mariners the only team to get more than one run off him.

M’s plan to keep Sheffield up for remainder of season

Sheffield (0-0, 6.00) was one of the key pieces the Mariners acquired in the offseason when they shipped staff ace James Paxton to the New York Yankees in a four-player deal. The 23-year-old made one appearance in the majors this year, giving up two runs over three innings in Seattle’s 5-4 victory over Texas on April 26.

The left-hander has shuttled between Double-A Arkansas and Triple-A Tacoma, compiling a 7-9 record and 4.13 ERA in 25 starts with the two teams. Sheffield is taking the place of Yusei Kikuchi, who is getting a pre-planned off day from the rotation as a means of managing the rookie left-hander’s innings.

Jake Fraley joined the #Mariners today following his promotion from Triple-A, and pitching prospect Justus Sheffield will be right behind him. @shannondrayer has the latest plus details on Félix Hernández's return.https://t.co/nfSNPMrkNS

Sheffield’s last appearance came Aug. 16 with Arkansas, and he gave up three homers and five runs overall in six innings. The southpaw was 5-3 with a 2.19 ERA and 85 strikeouts in 78 innings over in 12 starts with the Travelers.

“Shef has done well in Double-A and fit in with the fabric of that team,’’ Mariners manager Scott Servais told the Seattle Times. “It was a good move to send him down. He has been showing his power stuff and playing good baseball. We hope he can stay in the (major-league) rotation.”

Seattle (54-74) is back home after a 6-3 road swing that included series wins at Detroit, Toronto, and Tampa Bay. The Mariners were denied a three-game sweep of the wild-card contending Rays, losing 7-6 in walkoff fashion Wednesday after rallying for three runs in the top of the ninth to grab a one-run lead.

The Blue Jays are:

Despite Toronto’s offensive struggles during its current five-game losing streak, there is less confidence in a pitchers’ duel breaking out between rookie starting pitchers. The five-inning over hit in all three games of Seattle’s series at Tampa Bay as its pitchers gave up three or more runs in each game, and the over is 3-1-2 in Thornton’s last six road starts.

Thornton’s road form and being the rookie with more experience make the Blue Jays the pick on the money line. Toronto also will be happy to be moving on from its series with the NL West-leading Los Angeles Dodgers and not face a phalanx of high-powered arms.

While the Mariners are coming off a positive road trip that included a series win over the Blue Jays, giving Thornton a favorable matchup in a second straight meeting after he made a successful adjustment might be too big a hurdle to overcome. Also helping is Toronto owning a 5-1 mark in its last six games in Seattle.

The over has strongly trended with Thornton on the road, riding a seven-start run into this contest. The over is 8-3 in the right-hander’s last 11 overall and 6-1-1 in his last eight coming off a quality start in his previous appearance.

The hedge is the Blue Jays are going to be so happy they are not facing the Dodgers after totaling six runs in those three defeats they will take their frustrations out on Sheffield. The fact the rookie gave up three homers in his last start in the minors offers hope he can be wild in the strike zone, which would allow Toronto’s young hitters — primarily Bo Bichette and Vladimir Guerrero Jr. — to take advantage and get the offense going.

A slim confidence pick in Thornton and his mechanical adjustments from the last start making an impact in this one. Toronto is 4-5-5 at the five-inning mark in his road starts and 1-1-2 in his four against AL West opponents after being behind 3-2 last week versus the Mariners.

Still, there is not much confidence in Sheffield being dominant in his first major league start, and the Blue Jays rookie has not lost consecutive decisions since a four-game skid from mid-April to early May.

A pick akin to “taking what the defense gives you,” the Mariners have plated at least one run in the first three innings in 10 of their last 13 games and got to Thornton for one last week. The Jays rookie does not have an ERA below 4.50 in any of the first three frames, and the Mariners will be eager to try and give Sheffield an early lead.