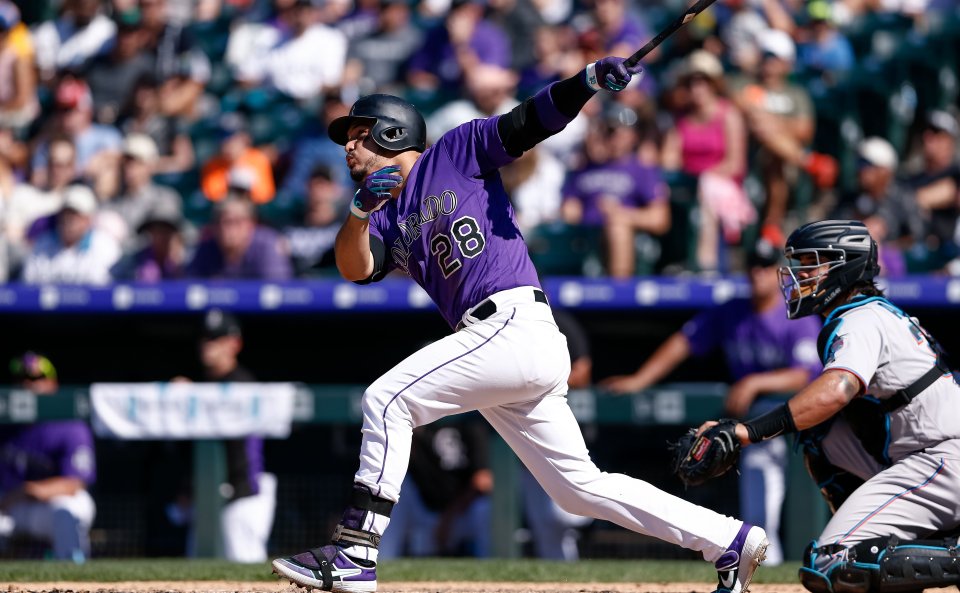 The early returns in the Arizona Diamondbacks’ bid to replace the since-traded Zack Greinke have not been all that good.

Mike Leake tries again for his first win since joining the Diamondbacks on Wednesday when Arizona looks to complete of a three-game sweep of the Colorado Rockies.

Gray looks to build on best start of 2019 for Rockies

Jon Gray (11-8, 3.84 ERA) can match his single-season career-high for wins set last year with his next victory as he faces the Diamondbacks for the fourth time this year.

Eye on the Rockies: A Brighter Shade of Jon Gray Gives Rockies a Boost https://t.co/6w12gRRX6i

Gray is coming off a superb outing, scattering five hits and striking out seven without a walk in a 3-0 home win over Miami on Friday. He threw 70 of his 100 pitches for strikes as the extra rest that came from having been pushed back two days due to ankle soreness paid dividends.

“There were so many good moments with our energy in that game that it can definitely ignite something,” Gray told the team’s official website. “When we’re doing those things, it makes us, us.

“When good things are happening, let them know that it’s happening because of them. Let them know that they’re doing the right things. They’re putting their talents on display. That’s going to get us where we want to be.”

Gray has been consistently inconsistent on the road, going 5-6 with a 4.22 ERA in 13 starts. That includes splitting a pair at Chase Field in which he was reached for five runs and 14 hits in 11 innings. The righty is 1-1 with a 3.31 ERA in three starts versus the Diamondbacks this year and 3-4 with a 4.77 ERA in 10 overall.

David Peralta is 9 for 21 with a triple in their matchups, while Jake Lamb is 6 for 17 with a homer and three doubles.

Leake (0-1, 7.71) has yet to have a quality start since arriving from Seattle before the trade deadline, giving up eight home runs in just 16 1-3 innings over three starts, and opposing batters are hitting at a .397 clip. That has not helped the Diamondbacks gain any ground in the NL wild-card race as they enter play Wednesday four games behind the Chicago Cubs for the second spot.

Leake battled his way through six innings Friday versus the San Francisco Giants, who took him deep three times while scoring four runs. The Diamondbacks got him off the hook for a loss by rallying from a two-run deficit before eventually losing 10-9 in 11 innings.

The righty has yielded seven runs and 19 hits in 11 1-3 innings in his two starts at Chase Field with the Diamondbacks, where he is 1-2 with a 6.05 ERA in seven career appearances. Leake has split four decisions in six starts versus Colorado, not getting a decision in the most recent matchup last year after permitting two runs in six innings of Seattle’s 4-3 loss July 15, 2018.

Nolan Arenado has teed off on Leake, going 5 for 10 with two homers, and recently acquired Yonder Alonso is 6 for 17 with a homer and two doubles.

This number dropping a half-run to 9-flat coupled with Leake’s form makes this worthy of an all-in play. The over is 5-1-1 in Leake’s seven starts since the All-Star break dating back to his time with the Mariners and 5-2 in Arizona’s last seven games versus right-handed starters.

Though the under is 7-2-1 in Gray’s last 10 starts, the over is 6-2 in Colorado’s last eight road games and 6-2 in its last eight road matchups with above-.500 teams. The teams have also combined for 12 or more runs in four of their last five matchups.

This is an anti-Leake pick, with his form poor enough to warrant taking the Rockies, even on the run line. Gray is coming off his best start of the season and has pitched well enough versus Arizona this year — his lone win in the three meetings came at Chase Field — to feel confident in taking Colorado.

Another pick based on Leake’s lack of form, but another contributing factor is Arizona’s bullpen. Diamondbacks relievers have a 5.81 ERA versus the Rockies this year and have yielded three or more runs in eight of the 18 meetings.

The Diamondbacks have also been reached for seven or more runs in four of their six games on this homestand, and with Leake pitching, there is a very good chance Colorado can make it five of seven.

Laying the half-run with the Rockies at plus-money is worth a play. In addition to Leake’s struggles, Gray has done well to keep Colorado competitive. The Rockies are 4-2-5 at the midway point in his last 11 starts and also 4-2-2 in their last eight at Chase Field.

This is close to a toss-up as the five-inning over has split in Gray’s last six starts. It is 1-2 in Leake’s three outings with the Diamondbacks, but it should be noted the number was 5.5 on those two occasions as the teams combined for five runs. Leake’s form is again the tiebreaker in this instance in taking the over.

There was consideration to taking the Rockies over 2.5 runs in the first five innings at +111, but this feels like the better play considering Leake has given up at least one run in the first three frames in all three starts with the Diamondbacks, and two or more in the last two.

He also has a 7.66 ERA in the first inning, with opponents batting .333 with eight homers. Though Colorado has yet to break through for a run in the first two games of this series, it did plate two or more in four of the previous six games.