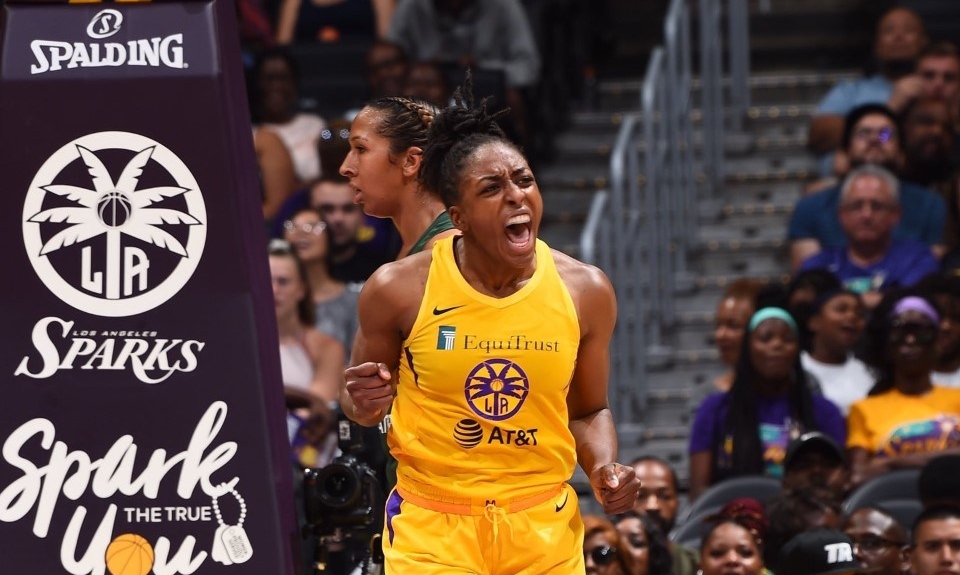 The Los Angeles Sparks are making their fourth bid at a season-high fourth consecutive victory, and success Thursday night at home against the Phoenix Mercury could provide some vital breathing room for the all-important fourth spot in the playoff race.

The Sparks (13-8) are a season-high five games over .500 and have won nine of 11 after beating Seattle 83-75 on Sunday. They lead the Chicago Sky by one game for fourth, which carries a bye into the second round of the playoffs.

Though they are still without suspended guard Riquna Williams for five more games, Los Angeles has won four of five without her as All-Star Nneka Ogwumike has stepped up offensively and Candace Parker looks to finally be 100 percent healthy.

The duo accounted for 14 points in a 16-4 second-quarter burst that gave Los Angeles a 12-point lead late in the first half of Sunday’s game. The pair then added another eight in a 10-2 spurt to start the second half as the Sparks kept the Storm at arm’s length thereafter.

“It’s easy playing with this group. We run and honestly, on any given night it’s anyone’s night,” Parker told the Los Angeles Times. “So, obviously Chelsea (Gray) is a fantastic passer so if you cut, she’s going to find you. And within the offense that’s just how things flow. I’m just trying to get back into things.”

Maria Vadeeva added 14 points off the bench on 5-of-6 shooting. The 11th overall pick in last year’s draft, Vadeeva was sidelined by a knee injury after returning from representing Russia at the EuroBasket. She did score 24 points in Los Angeles’ season-opening 83-70 loss to Las Vegas.

Phoenix (11-10) is coming off its most complete effort of the season, a 103-82 waxing of Washington on Sunday. Brittney Griner had 26 points, nine rebounds, a career-high eight assists and four blocked shots for the Mercury, who shot a season-best 58.2 percent and matched a season high with 12 3-pointers.

“BG is as dominant as I’ve ever seen her,” Mercury coach Sandy Brondello told AZCentral.com. “She’s getting so much attention, but she’s making those tough shots. Her decision-making out of the trap is fantastic.”

Griner leads the league in scoring at 19.3 points per game and is second in blocks with 2.14 per contest. On Sunday, she got plenty of help from her backcourt as Leilani Mitchell and Yvonne Turner combined for 45 points and nine 3-pointers, with Turner scoring a career-best 22.

Mitchell has shown signs of being the third scorer the Mercury need to be an elite team as Diana Taurasi continues to be sidelined with a back injury. Mitchell has averaged 18.2 points in her last five games while shooting 54.3 percent (19 for 35) from beyond the arc.

The teams split two meetings in Phoenix in June, with the Mercury winning the more recent matchup 82-72 on June 23. Mitchell scored 22 points and DeWanna Bonner hit back-to-back 3-pointers in the fourth quarter to blunt a Sparks charge.

Including the 2017 playoffs, the Sparks have won eight straight home games over the Mercury since a 94-91 overtime loss July 5, 2015.