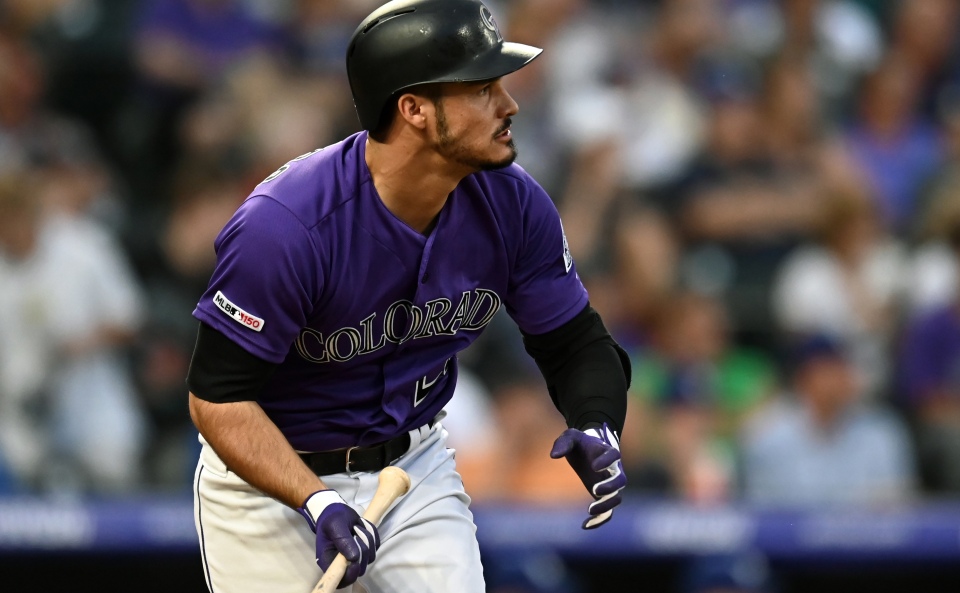 A good portion of games played at Coors Field usually devolve into a battle of bullpen attrition.

That figures to be the case in the nightcap of Monday’s day-night doubleheader when Dereck Rodriguez and Chi Chi Gonzalez serve as the 26th players and starting pitchers for the San Francisco Giants and Colorado Rockies, respectively.

Rodriguez set for first start with Giants since May

Rodriguez (3-5, 5.27 ERA) was last sent down June 30 after working as a long reliever for the entire month. The right-hander made two starts following the move, one with Triple-A Sacramento and a more recent one with Class A San Jose to be on schedule for this outing.

The Giants won’t have to make an additional move tomorrow when they recall Dereck Rodriguez to start the second game of the double dip at Coors Field. DRod will be the designated 26th man.

Rodriguez stretched out against Rancho Cucamonga on Wednesday, throwing 46 of 77 pitches for strikes while allowing a pair of solo homers over 4 2-3 innings.

The long ball was an issue for Rodriguez when he was in the rotation for San Francisco, yielding nine gopher balls in 41 innings, though four of them came in a 9-2 loss at Cincinnati on May 4. He was largely hit and miss for the Giants, allowing four or more runs in four starts and two or less in the other four.

He made one relief appearance versus Colorado last month, tossing two scoreless innings. The second-year pitcher fared well in a start at Coors last year, allowing a solo homer to David Dahl and no other runs in six innings before the Giants lost 6-2.

Gonzalez likely to get call for spot start for Rox

Gonzalez (0-1, 6.00) is expected to be recalled from Triple-A Albuquerque before this game, and after back-to-back games against San Francisco in which Colorado’s bullpen logged 8 2-3 innings, the Rockies would appreciate a deep outing.

On-deck show starts at 6:15 pm MT on @610KNML. We'll visit with RHP Chi Chi Gonzalez to compare his MLB debut in 2015 with #Rangers to his first start back in the majors after Tommy John surgery a couple weeks ago for #Rockies pic.twitter.com/kB3hHfYcyP

The right-hander made one appearance with the Isotopes after being sent down, throwing 94 pitches over a 4 2-3 inning relief stint July 6 in which he yielded five runs and nine hits of their 6-5 win.

Gonzalez did register 64 pitches for strikes, a promising sign given he walked six in nine innings over his two starts for Colorado last month. He was reached for six runs and 11 hits in those games, though nine of the hits were singles.

One of the starts was a road loss to the Giants on June 25 in which he was reached for three runs and six hits with four walks in five innings.

There is little confidence in Gonzalez given he posted a 1.89 WHIP in his two starts between his control issues and general ineffectiveness. The Giants have also scored seven or more runs in eight of their last 10 road games, averaging 8.0 in that span.

Additionally, the Rockies have yielded a staggering 12.9 runs per game in their last 14 contests at Coors Field, including six or more runs in 11 of those games.

In a game that has the feel of a slugfest, the pick is the Giants because Rodriguez feels as the less worse option between him and Gonzalez. The Giants have also been solid offensively on the road of late, and that should carry into this game in a matchup more favorable to them compared to the opener.

OVER 8 runs first 5 innings (Even)

This is a confidence pick in the offenses delivering against what appear to be overmatched starters. And if a slugfest breaks out in the first game, there may be pressure on Rodriguez and Gonzalez to ride out their struggles, which would play into a potential offensive outburst on either or both sides.

The number came in as expected, and while on the high side, it would still be stunning if they failed to clear it. It also would be stunning if either starter lasted five innings.

The over has trended strongly with San Francisco, entering this doubleheader 8-1-1 in its last 10 overall and 12-3-1 in its last 16 on the road. Playing in Coors always helps trend the over, but the apparent lack of quality pitching on both sides lends this game to being a softball-like slugfest in which both teams could reach double digits.

An alternate line selection courtesy PointsBet.com and a confidence pick in Rodriguez and the Giants offense to be better than Gonzalez, though it would not be surprising if both pitchers were gone before the end of the fifth. The Giants have led just twice after five innings in Rodriguez’s eight starts (2-5-1) while the Rockies have split Gonzalez’s lone two outings.

The hedge is the Giants are more likely to get to Gonzalez in the second time through his lineup. That was how they got to him in last month’s matchup, plating one run in the third and two more in the fourth, but with a high-scoring game expected, this is a good play at even money as opposed to risking a three-inning pick.