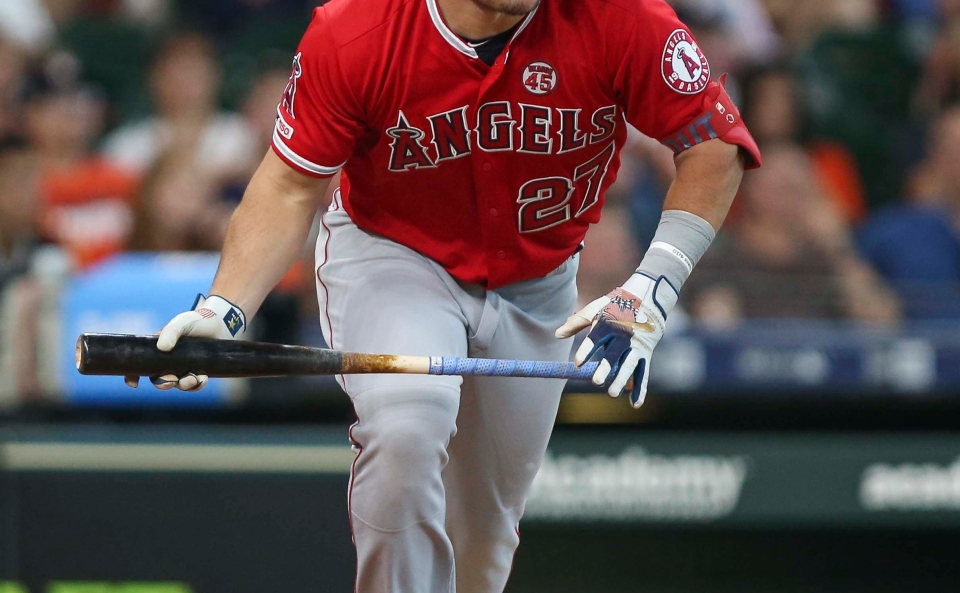 Trying to stay in contention in the American League wild-card chase, the Los Angeles Angels open a critical 10-game stretch Friday night with the first of three against the Seattle Mariners.

The Angels (45-46) play a pair of series versus Seattle around a four-game set against the West-leading Houston Astros, a stretch that will likely determine whether they are buyers or sellers before the July 31 trade deadline.

The club is still emotionally recovering from the sudden passing of starting pitcher Trevor Skaggs on July 1 but did manage to split a six-game road swing through Texas against the Rangers and Astros prior to the All-Star break.

M’s starter Leake a potential candidate to move before deadline

With the Mariners (39-55) out of contention, there has been talk of a total teardown in the Pacific Northwest, and Mike Leake (7-7, 4.32 ERA) would be among the veterans likely to be shipped out.

Leake is tied with Marco Gonzales for the team lead in innings pitched (114 2-3) despite making two fewer starts, and his 14 outings of six or more innings lead Seattle.

The right-hander had nothing to show for his best outing of the season heading into the All-Star break, with the Mariners bullpen costing him a victory July 3. Leake scattered five hits in 7 2-3 shutout innings before the Cardinals rallied with five in the ninth of a 5-2 win.

“It wasn’t a lot of surprises, but a lot of execution for Mike tonight on their side,” Cardinals manager Mike Schildt told the Seattle Times regarding Leake, whom St. Louis dealt to Seattle in 2017. “I thought everything was pretty crisp. The sinker was late. The cutter was really sharp and effective. His secondary pitches were for strikes. Everything was pretty much coming out of the same spot, so I thought he threw the ball really well.”

When he has kept the ball down, Leake has been effective versus the Angels this year. He has split two starts against Los Angeles, with five of the six runs given up over 13 innings scoring on solo home runs. Leake served up a pair over seven innings May 31 at home but did record a 5-2 win.

He has split eight starts against the Angels while posting a 4.17 ERA since joining Seattle but fell to 2-2 in four starts at Anaheim after yielding three solo homers and four runs overall in an 8-6 setback April 21.

All-Star Mike Trout has had the upper hand in this matchup, belting a pair of solo homers and six doubles while going 12 for 24. Justin Upton has also taken him deep twice and is 13 for 32 (.406) lifetime versus Leake, and Jonathan Lucroy is hitting .396 (21 for 53) with a pair of homers in their matchups.

Angels appear to be opting for opener route with Cole

Taylor Cole (0-1, 4.58), who took the loss in Los Angeles’ final game before the All-Star break Sunday when he allowed a walkoff single in an 11-10 loss to Houston, will be first out of the chute for the Angels.

The right-hander has made only one other start among his 13 appearances, working around a pair of hits in a scoreless first inning against Minnesota on May 20. Cole has pitched more than one inning on five occasions, with his longest stint lasting 2 2-3 innings against Texas on the 4th of July.

Pitching for the #Angels this weekend vs Mariners:

Cole is expected to give way to bulk reliever Felix Pena (6-2, 4.72) after the first inning. Pena has been inconsistent in the role but did pick up a win in his most recent appearance after limiting the Rangers to two runs and three hits in four innings of a 5-4 victory July 5.

Pena also picked up a win in the role over Seattle on May 30, yielding three runs in 5 1-3 innings of a 9-3 Angels victory while throwing a season-high 102 pitches. The righty started against the Mariners at home April 19 and allowed home runs to Daniel Vogelbach and Tim Beckham to account for the three runs given up in five innings of a 5-3 Los Angeles defeat in which he got a no-decision.

Pena has had trouble keeping the ball in the park, serving up 15 home runs in only 74 2-3 innings.

The over has trended when Leake starts in this matchup, going 5-1 the last six times he has taken the ball against the Angels. It also has trended strongly with him of late overall, delivering the last five times he has started a series for Seattle and in five of his last six road starts against teams with a sub-.500 record.

The Angels were hit-and-miss offensively in the five games without Tommy La Stella, scoring three or fewer runs twice and five or more on three occasions. Los Angeles has scored five or more runs in seven of its 13 games versus Seattle, including five of the last eight meetings.

The Mariners yielded five or more runs in six of their last eight games before the All-Star break and in six of Leake’s 10 road starts. Factor in a bullpen that had a 5.00 ERA to go with 18 blown save opportunities in 38 chances at the All-Star break, and the Angeles should clear the number.

Having Cole serve as opener out of the All-Star break throws a wrench into this pick to a degree, making the pick of the Angels on the run line a more challenging one given Pena’s inconsistencies. But the feeling is Los Angeles had an opportunity to emotionally level off during the All-Star break and galvanize itself for a playoff push in Skaggs’ memory.

Trout is putting together another monstrous season under the radar, though losing La Stella for a prolonged period will hurt. Still, the Angels have enough offense with Trout, Upton, and Shohei Ohtani to compensate and begin this series with a win.

This is a difficult pick to navigate because while the Mariners have led after five innings in five of Leake’s last seven starts overall, they have led just twice in his 10 road starts at that point (2-7-1). But Pena’s consistency in giving up runs as a bulk reliever as well as his longball issues against a team that can go deep regularly means Seattle has the potential to keep this close early.

The hedge is Leake does enough to keep the Mariners level for five innings, and taking the half-run makes the difference.

The hook matters here, as does the fact Leake has helped deliver the under in both of his starts against Los Angeles. The five-inning under is 6-2 in Leake’s last eight starts and was 9-4-2 in the Angels’ last 15 games heading into the All-Star break.

The five-inning under is also 7-6 in the teams’ head-to-head meetings this year, so while this will be close, look for the under to sneak through this one with the hook’s help.