(Editor’s Note: This article can be seen here at US-Bookies.com)

Simply put, Sunday will be one of the biggest days in recent football memory. The Women’s World Cup final will lead a supercharged day of tournament championship matches, played out across three continents in a 10-hour span. The Copa America and Gold Cup also reach their crescendos in the afternoon in Brazil and evening in the United States, respectively, which means three teams will have a hard-earned trophy to add to their collection by midnight Chicago time Sunday.

So let’s look at all three matches and how the sides stack up against each other. 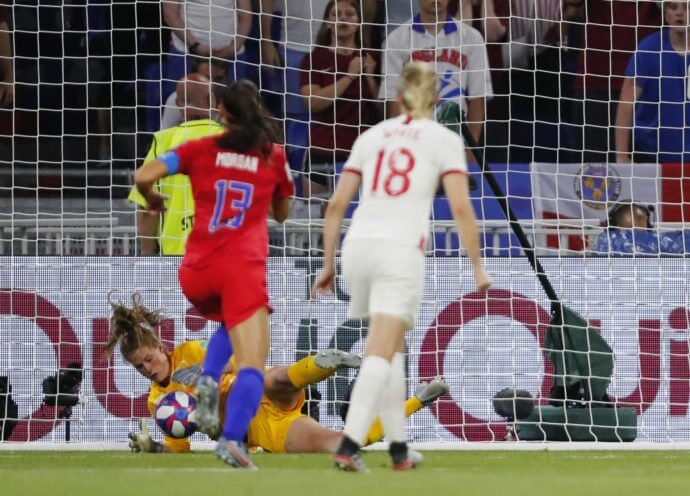 The United States (-500 to win Women’s World Cup) are prohibitive favourites to repeat as champions, a feat only they accomplished in 1999 and 2003. Jill Ellis’ team are trying to complete an impressive gauntlet through Europe’s best in France through the knockout round: The Americans saw off a spirited challenge from a young Spain side, the best side in France history in eliminating the hostess Les Bleues, and in the semifinals, a dogged England squad.

U.S. keeper Alyssa Naeher came up with her best performance of the tournament versus the Three Lionesses, highlighted with her penalty stop on Steph Houghton in the 83rd minute that preserved a 2-1 scoreline.

The victory again showed the unrivalled depth of the U.S. team, which sat out star winger Megan Rapinoe due to a hamstring injury. Christen Press seamlessly stepped into her place on the left flank and scored the first goal of the match, one of 24 the Americans have scored in six matches in France. Alex Morgan now has the inside track on the Golden Boot after bagging her sixth of the tournament Tuesday – which stood as the match-winner – and also shares the team lead with Rapinoe with three assists.

Rapinoe’s status, as well as her thoughts of the day on any given subject, will be scrutinised in the run-up to the final, but as the U.S. make their third straight appearance in the showcase game of women’s football, they are the clear favourites to add a fourth star above their crest. 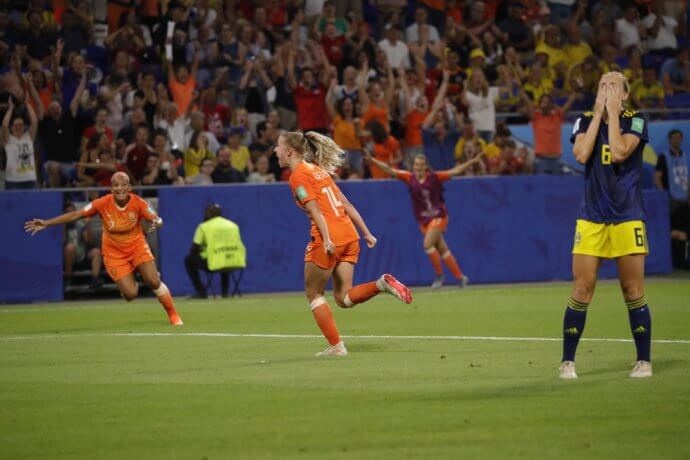 The Netherlands (+380 to win Women’s World Cup), however, are more than capable of pulling a shock scoreline in their Women’s World Cup final debut. The reigning European champions continued their upward trajectory in France on the strength of timely goals and a steely defence. The Oranje Leeuwinnen have conceded only one goal in their three knockout wins and three overall in six matches.

Equally impressive is the Dutch’s six match-winning goals have come from six different players. Jackie Groenen added herself to the list Wednesday, with her exquisitely placed strike in the first extra period providing separation from Sweden in a 1-0 victory.

Like the U.S., the Netherlands will be sweating the status of a star player. Top midfielder Lieke Martens was forced off at halftime Wednesday due to a toe injury, but the Barcelona star is hopeful she will be available to be included in Sirena Wiegman’s first XI. Martens picked up the injury in the round of 16 in Japan and was able to play the full 90 in the Netherlands’ 2-0 quarterfinal victory over Italy.

With or without Martens, the Oranje Leeuwinnen will need striker Vivianne Miedema to have a first-class game and Sherida Spitse to continue her playmaking. Miedema leads the Dutch with three goals in this tournament and had a team-high four shots versus Sweden. Spitse has assisted on four of her side’s 11 goals in this tournament and is at her most dangerous on set pieces.

Playing an extra 30 minutes and having one less day of recovery will be a significant factor in the Netherlands’ bid to derail the American express as Wiegman may have to adjust her player rotations. Equally important will be surviving the early U.S. onslaught. The Americans have not only yet to trail in this tournament, they have scored in the first 12 minutes in all six matches, putting opponents on the back foot.

If there is a solace for the Netherlands, it is they have been a second-half side. The Oranje Leeuwinnen have scored nine of their 11 goals after halftime, including a staggering seven in the 70th minute or later. 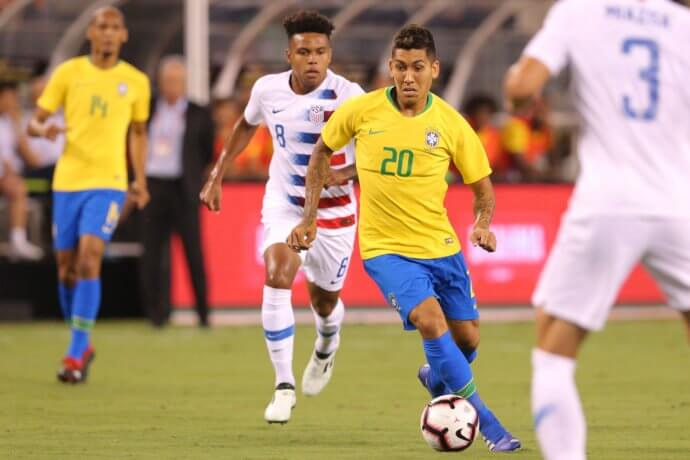 It is somewhat jarring to realise that five-time World Cup champions Brazil have not won a title since the 2007 Copa America, which was also the last time the Selecao were in the final of the South American continental tournament.

Though superstar Neymar has been a spectator as Brazil have played hosts to this edition of the 12-team tournament, Tite still has plenty of superstars at his disposal, and almost all of them have contributed to get Brazil one step from their ninth victory in this tournament. The Selecao, in some respects, have allayed some nerves for their fans Tuesday by beating archrival Argentina and Lionel Messi 2-0 in the semifinals, preventing the superstar from adding to a barren trophy case at the international level save his 2008 gold medal at the Olympics.

While Tite’s squad may not be playing the jogo bonito of generations past, there is a healthy balance of goal-scoring and defence. Brazil are led by the trident of Gabriel Jesus, Philippe Coutinho, and Roberto Firmino, who have accounted for five of the 10 goals the Selecao have netted. Firmino has been directly involved in five with two goals and three assists.

At the other end, Alisson has done everything asked him of between the sticks, recording five clean sheets in as many matches and making a save in the penalty shootout quarterfinal victory over Paraguay. 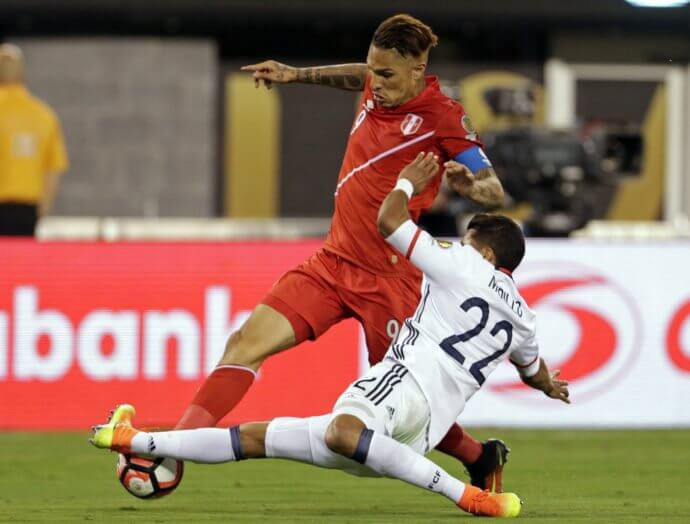 Peru are true interlopers at this stage, ending Chile’s bid to be the first “three-peat” champions of the Copa America era with an emphatic 3-0 thrashing in the other semifinal Wednesday. It has been the continuation of a steady rise for La Blanquirroja, who made their first World Cup appearance since 1982 last year in Russia and are now in their first Copa American final since defeating Colombia in a playoff in 1975 after the teams played to a 2-2 aggregate draw in a two-legged tie.

If one takes away the 5-0 hiding Brazil dealt Peru in the final group match June 22, the underdogs have played fairly well. La Blanquirroja have conceded just one goal in their other four matches, but before beating Chile, their other three goals came against continental minnow Bolivia.

Paolo Guerrero and Edison Flores have accounted for four of Peru’s six goals in Brazil, a place that has not treated them kindly when facing the Selecao. Peru are 2-4-24 all-time in Brazil and winless in their last 12 (0-3-9) there since a 1-0 victory in a friendly in 1985. 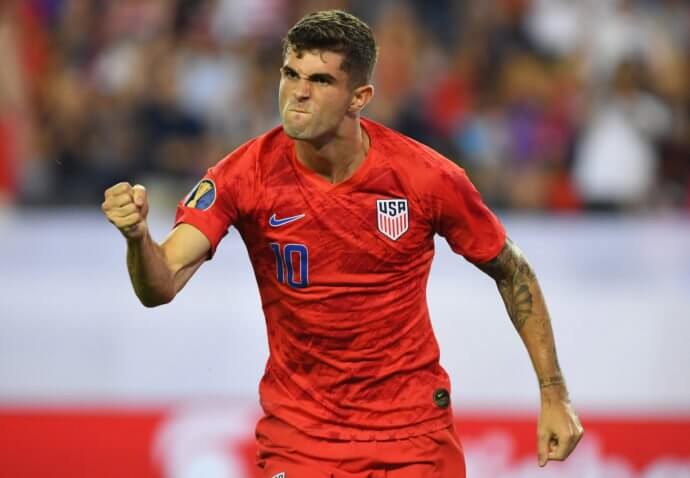 Sunday’s final between the two regional powers marks the first true litmus test for Gregg Berhalter since taking over the U.S. national team on the heels of their World Cup qualifying disaster last cycle. The Yanks have been inconsistent for spells of play but did put forth their best 90-minute effort of this tournament in their 3-1 victory over Jamaica in a rematch of the 2017 finals.

Burgeoning star and Chelsea signing Christian Pulisic had a second-half brace, giving the 20-year-old 13 goals in his first 30 international matches. A new young nucleus is coalescing for the U.S. around Pulisic, with midfielder Weston McKennie – the other goal-scorer Wednesday night in the semifinals – and Tyler Boyd, who recently switched playing from New Zealand to the U.S., expected to lead the way while veterans Jozy Altidore and Michael Bradley provide support in the next qualifying cycle. 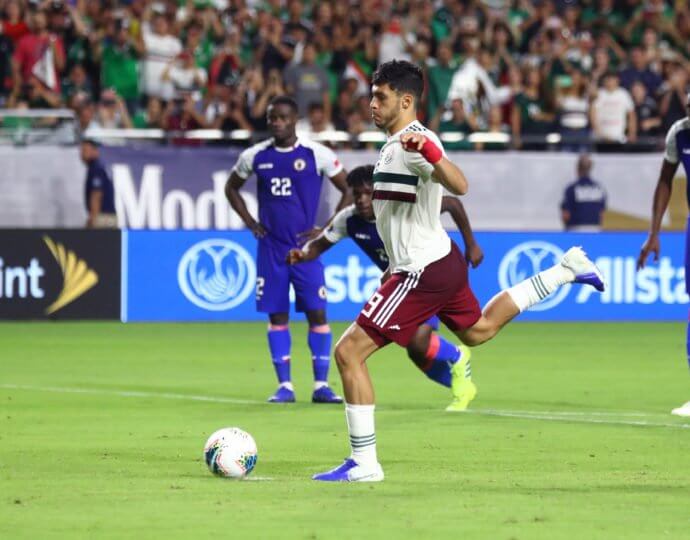 Mexico, who have a region-high 10 tournament victories in this event, laboured to get to the finals by first eliminating Costa Rica on penalties before needing extra time to dispatch tournament darlings Haiti in the semifinals. El Tri were horribly profligate finishing in their 1-0 semifinal win, rescued by a questionable penalty in the first 15-minute extra period Wolverhampton striker Raul Jimenez coolly converted.

This is also a measuring stick of sorts for El Tri coach Tata Martino, who was brought in with the target of getting Mexico to at least the World Cup quarterfinals for the first time in 36 years provided qualifying for Qatar goes according to plan. Mexico have an appealing blend of youth and experience on their roster, led by veterans Jimenez, Andres Guardado, and Memo Ochoa.

Twenty-one year-old Uriel Antuna has continued his meteoric international rise with four goals at this tournament, presenting himself as an option for future call-ups as El Tri have played this tournament without arguably their best player in Carlos Vela and one of their top playmakers in Marco Fabian.

Mexico have won four of the five times they have faced the U.S. in the Gold Cup final, but the lone victory for the Yanks came in 2007 in Chicago, site of Sunday’s match.