Having successfully nicked a point on the road mid-week, the Vancouver Whitecaps look to celebrate the 40th anniversary of the 1979 NASL champion Whitecaps in style Saturday when they host FC Dallas.

Vancouver (3-5-6) claimed road points in each of its last two matches, but Wednesday’s 2-2 draw against the New York Red Bulls will stand out as one that built character. The team did not arrive in the New York metropolitan area until early Wednesday morning due to logistical problems, and coach Marc Dos Santos opted for a defensive approach with a five-man backline while making six changes from the side that played to a 1-1 stalemate at Sporting KC last Saturday.

His introduction of Fredy Montero at halftime proved pivotal as the Colombian converted from the spot on 61 minutes for the equalizer. The Whitecaps had chances to steal all three points late, but Lucas Venuto was stoned by Red Bulls keeper Luis Robles before Inbeom Hwang’s rebound was cleared off the line.

“If you had spent the day with us yesterday, you’d never believe that we would have got out of here with points,” a pleased Dos Santos told the Vancouver Sun. “It was a day of almost 24 hours, from 7 a.m. to going to bed almost at four.”

Dos Santos is expected to restore No. 1 keeper Maxime Crepeau, but center back Doneil Henry will again miss out through injury.

This weekend the club will honor the 1979 Whitecaps, who defeated the Tampa Bay Rowdies in Soccer Bowl ’79 after a memorable semifinal against the New York Cosmos in which the teams went to shootouts twice – the second time after a mini-game since the teams split the two full-time matches.

FC Dallas (5-3-5) is winless in five matches – claiming just two points in that stretch – but did take a step in the right direction Sunday with a 1-1 draw versus Los Angeles FC to conclude a rare home-and-home series. Ryan Hollingshead staked the Hoops to a 1-0 lead on nine minutes, but after losing Matt Hedges to a red card in the 49th minute, LAFC was able to find an equalizer 10 minutes from time through a penalty by Carlos Vela.

Hedges, sent off for fouling Vela and denying an obvious goal-scoring opportunity, will serve his ban in this match. 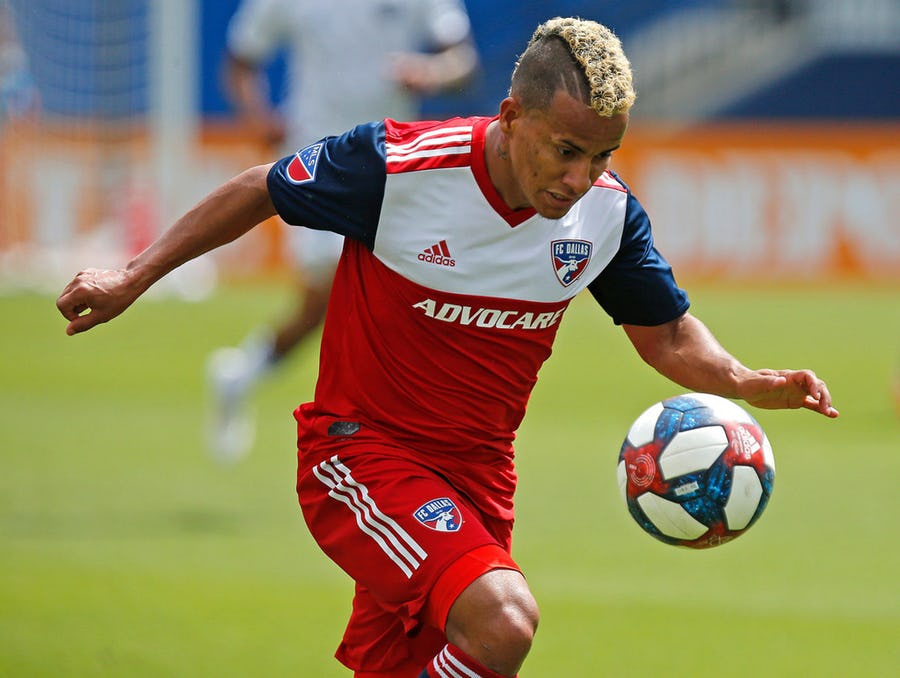 Michael Berrios, who had his 96-match streak of games played end Sunday after sitting out due to yellow card accumulation, is expected to return to the midfield. The Colombian has factored on seven of FC Dallas’ 17 goals, scoring two and assisting on five others.

The Hoops are 2-0-4 on the road and have yet to record a clean sheet outside Frisco, shipping 10 goals. FC Dallas has recorded only one shutout in its last 15 road contests dating back to last season.

FC Dallas took four points from last season’s two matches and won 2-1 at Vancouver as Hedges scored the winner on 87 minutes. That snapped a seven-match winless drought in British Columbia in which they went 0-4-3.